What Is the Deal With Omega Mart?

We talked to Andreas Nilsson and Robbie Rane of Wieden+Kennedy about catchy jingles, deepfake Willie Nelson and anti-commercial commercials. 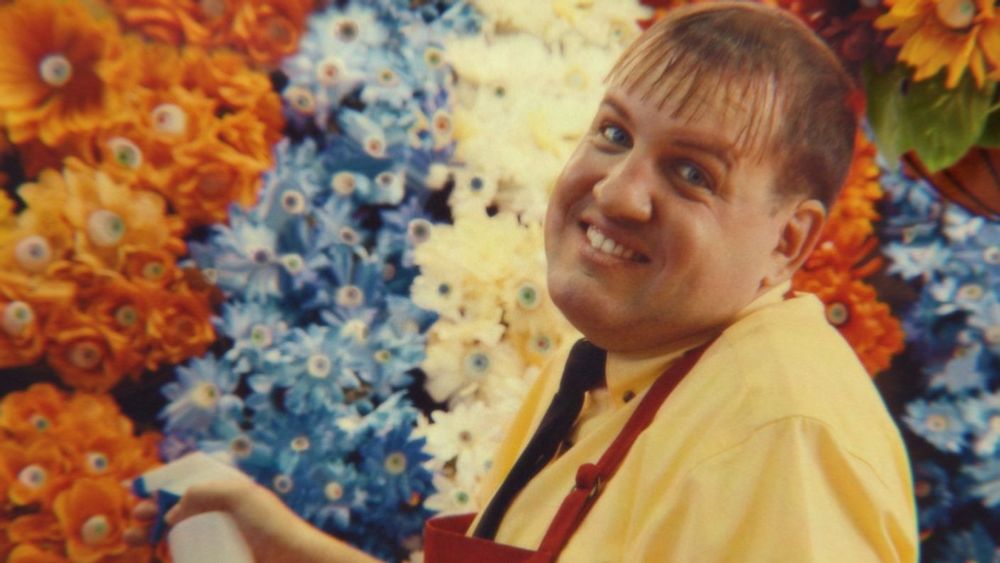 Long story short: Arts production company Meow Wolf is opening an immersive art experience in Las Vegas and they got Andreas Nilsson to direct a spot for it and the result is completely and utterly bonkers.

Now, long story long: The spot is a sharp comment on our consumer culture and features a deepfake Willie Nelson, who endorses everything from under-refrigerated dairy products to a pigeon mousse called Lil Meow. Highlighting the absurdity, he grabs a bite out of a tin can with a luminescent pink content while hanging out with employees and shoppers in the eerily happy and intensely strange grocery store. It is truly a sensory bombardment of bizarre humor and social commentary.

After watching the spot, which was produced by Biscuit Filmworks with Wieden+Kennedy, about 20 times back-to-back and hummed the Omega Mart jingle constantly for a couple of days, we had some questions that needed answering.

So, we got a hold of Andreas Nilsson and art director Robbie Rane of Wieden+Kennedy to get the aforementioned answers. That resulted in a chat about soft red hair, anti-capitalist messages and root beer-flavored vape juice-flavored root beer.

Watch the film below and keep scrolling for our full interview with Andreas and Robbie.

In the research for this film, what rabbit holes did you go down? Did any real commercials inspire you for the spot?
Andreas Nilsson: Yep, a lot of time spent on looking at old supermarket ads when prepping this one. Especially Safeway and Kroger ads. But this ad was probably the biggest source of inspiration:

"I used these two lines, just kept repeating them over and over again.
'I love you Willie.'
'You can do it Willie.'"
-Andreas Nilsson

Is this actually shot at the Omega Mart art installation or what was the set design situation like?
AN: No, it was shot on a Sunday at a normal supermarket in Vancouver. Ethan Tobman was production designer and he re-dressed it overnight. We discussed shooting it at the real store, but it was still in construction when we did the ad.

If you had to spend 24 hours at Omega Mart, what aisle would you hang out in the most?
AN: Probably in one of the fridges, spooning with the red-haired gentleman in the spot. His hair was very soft to play with and he smelled so nice.

Any ideas that didn’t make it to the final film?
Robbie Rane, Wieden+Kennedy: Oh, I'm sure there are hundreds. The one that comes to mind at the moment was that we thought it would be funny if there was a staircase in the middle of an aisle that "Willie" would have to clunk his shopping cart down and just pretend like it was a perfectly normal thing to do. We didn't have time with a one day shoot so Andreas replaced that gag with the moving floor, which turned out beautiful.

Andreas, you are obviously standing on the shoulders of giants here, directing a grocery store spot like this. Luckily, you are an experienced director and the film turned out very well. What do you say to a spokesperson on set to get them to present the products as confidently as Mr. Nelson is doing here?
AN: I used these two lines, just kept repeating them over and over again.
“I love you Willie.”
“You can do it Willie.”

The Omega Mart jingle is an instant ear bug, but how does it measure up to your favorite commercial jingle of all time?
AN: I rate it number three behind these two bad boys:

"I think most of us in advertising feel some guilt for fueling the consumerism machine."
-Robbie Rane

What would you choose if you had to pick a year’s supply of a single Omega Mart product?
RR: Root beer-flavored vape juice-flavored root beer.

What were your thoughts on creating a spot essentially all about anti consumerism? And how was your dialogue with Meow Wolf in the process?
RR: It was great. I think most of us in advertising feel some guilt for fueling the consumerism machine. It felt therapeutic to tip the scales in the opposite direction for once.
AN: In our present time, it's hard to make satire that beats the absurdity of reality itself. These days all we have to do is put up a mirror and let the real world reflect in it and it becomes next level dark comedy. I sure did speak to Meow Wolf about the anti-capitalist message and critique on consumerism, but they weren’t interested in discussing that. Of course it's there as a foundation for the existence of this whole thing, but perhaps they didn’t want to contextualize it too much and allow us to go on gut feeling and just let it happen. This Meow Wolf client is sort of a once-in-a-lifetime collaborator. How often do you get to work with clients that have this type of abstract business and are creative as well as trusting? And the fact that they developed this together with my favorite creatives at Wieden & Kennedy made this the most fun job this year for me. It reminded me about the good old music video days.