Aka. getting our ass handed to us by a TikTok phenom. 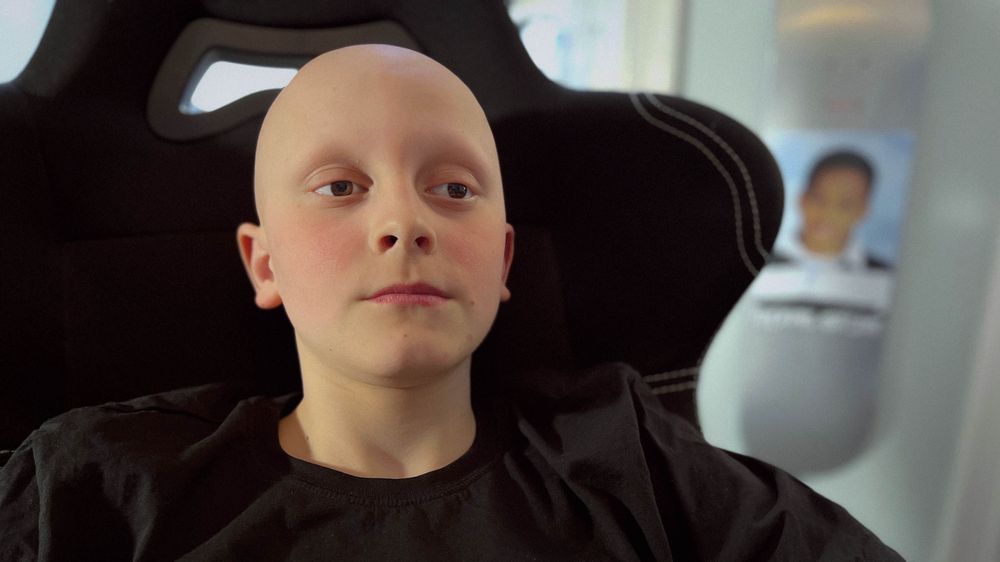 We produce a lot of films here at Bacon. We think most of them are good. Some are even great. But we are, of course, biased. So, to get an honest opinion, we've decided to ask some of the most notoriously unimpressed people we know to review a selection of our films.

13-year-old Walter is the oldest son of our Swedish director Jakob Marky. Walter is one of the very best skateboarders in Scandinavia within his age group. He likes playing video games, he likes showing his brother what happens when you eat a spoonful of citric acid powder, and he likes TikTok. Walter has hundreds of thousands of views on TikTok. These views are mostly garnered by compilations of selfies with celebrities, combined with the "right sounds and hashtags", as the 13-year-old tells us as if it is the most natural thing in the world. In other words, Walter could be a killer social media manager for Bacon. If we could afford him.

When it comes to films, Walter loves actions flicks. His father's short films are not so bad, but he does not really understand them. His relationship to commercials is that they are an annoyance trying to get him hooked on crypto banking when he is trying to watch YouTube videos.

Due to his age and interests, Walter has always filmed himself and his surroundings. This results in not just a general respect for the film medium, but also extremely specific feedback when we ask him to review some of our latest spots. As Walter still lives at home, we have to do the reviews while his dad, Jakob Marky, is working in the same room. And the thing about Jakob is that he is not about to let his 13-year-old kid tell him anything about filmmaking.

Special thanks to the Marky family for ripping on both each other and our work. Please watch the films in full before reading the reviews. Just makes more sense that way.

Our description
The ins and outs of banking can be hard to understand, and banking as a subject can be hard to create entertaining content about. However, Norwegian Bank2 has solved both challenges with this ducked up film.

Burt's Bees / For Lips, With Love

Our description
Danish director Emilie Thalund once again shows her sensibilities and aesthetic sense in this almost poetic ode to lips after the pandemic for American lip care giant Burt's Bees.

What does Walter think?
"I didn't get what it was a commercial for. Lip balm? I thought it might be because of the many lips, but I didn't really understand it. They should have made it more obvious. I really liked the way it was edited and the scenes, but the story didn’t make sense. The music was a bit annoying even though I understand that it works for the film. [Hums] Na na na. Nah. No."

Our description
Few themes in this world are as classic as a love story. And in a new spot for Interflora, Martin Werner directs the tale of a relationship with all the struggles, hardships, and beautiful moments it entails.

What does Walter think?
"I really liked it. The story was good, and the cuts between scenes was good. But there was something off with the lighting at one point. What was that? There:" 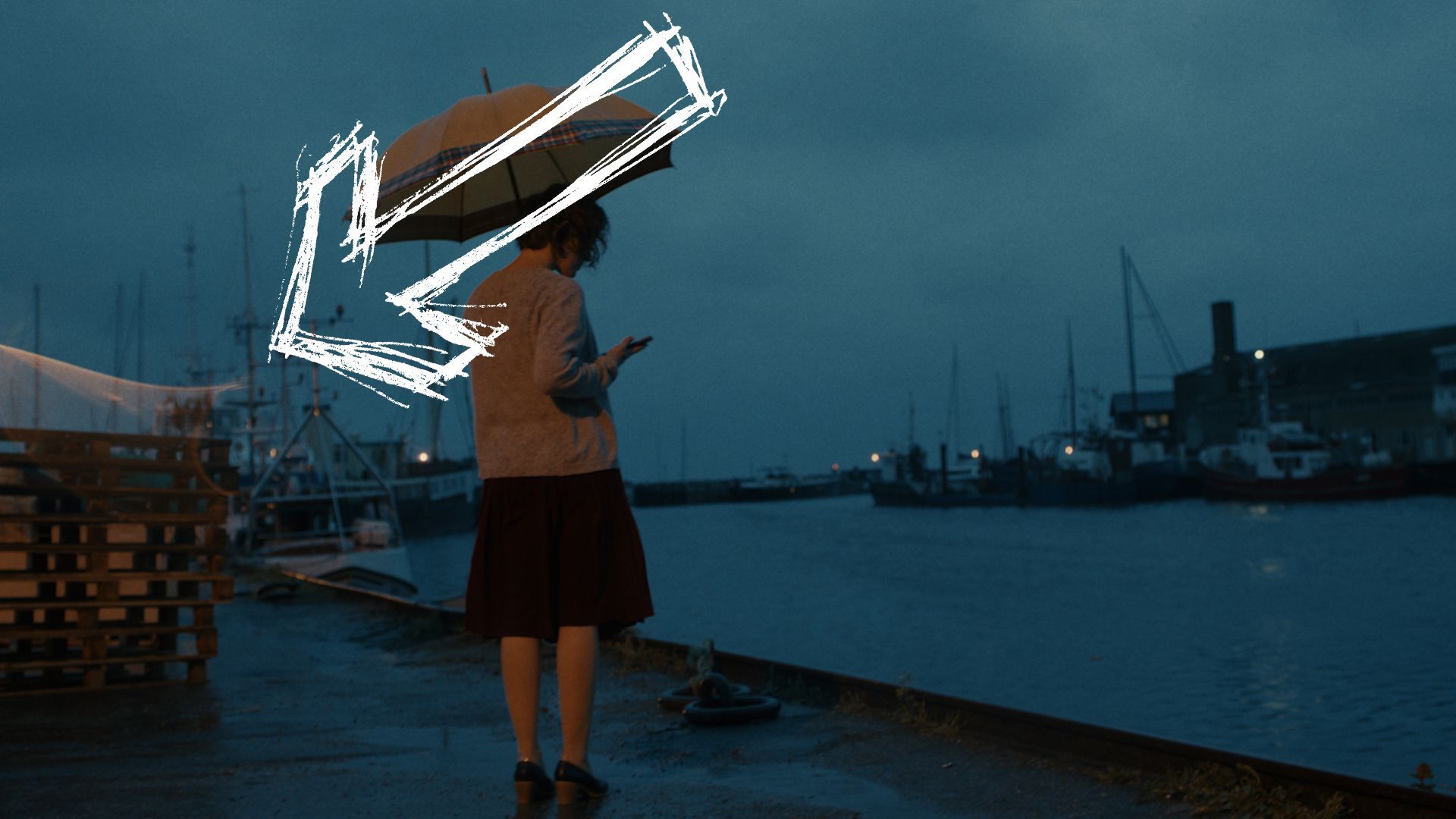 Our description
Bine Bach shows why she is a Scandinavian comedy director to watch in this funny, bizarre, and visually lush film for Danish sustainable furniture brand TAKT that was named Ad of the Week by several international media outlets such as Ad Forum and Best Ads on TV.

What does Walter think?
"Okay, what is this a commercial for? I don’t get it. I didn't like it when he lost the tooth. The hole was too black, and you could tell that it was done in post: 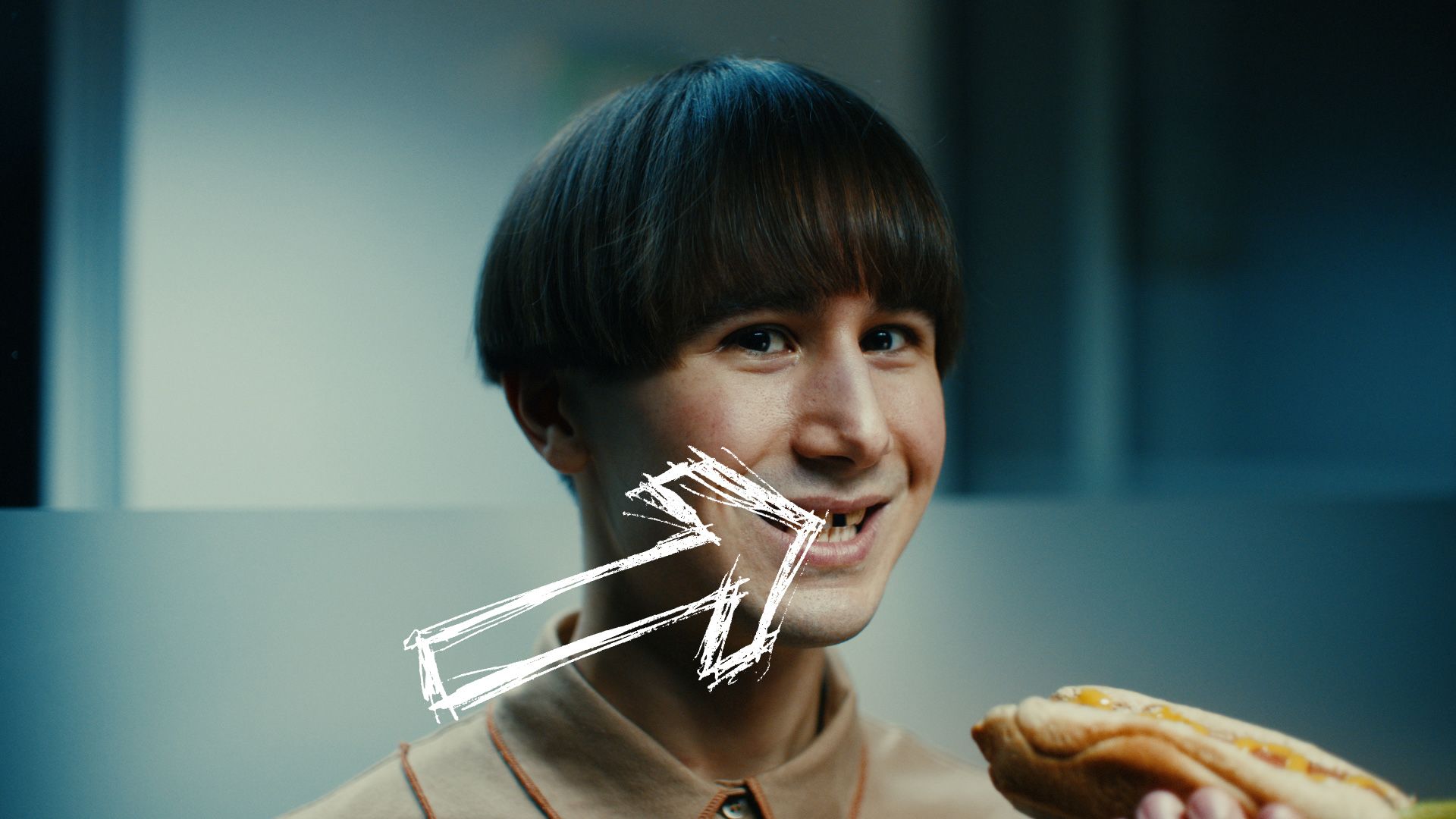 And what's more, I didn't get the point of that whole scene. It was fun, but I didn't get the point.
This is a good example of a film that is too long. They could have done the whole film with just the first and the last scene, and it would have been great. They didn’t need to do that much work with all the stuff in between."

Our description
In a spot that made the international rounds on the internet, the Norwegian Postal Service looks back at their 375 years of history through the lens of a sweet and naïve postman with very clear reference to a certain movie classic.

What does Walter think?
"I like the entire story, but it doesn't make sense that they are seated on a bench together. It would never happen that so many people would sit down next to a random stranger on a park bench. Maybe at a bus stop but not a bench. It was fun with the postman in different historical clips but in space I would have made it more absurd and let him float around without a helmet. It would have been better." [Jakob interrupts, rambling about hindsight being 20-20 and stuff.]

Our description
Norwegian housing developer OBOS presents their shared home ownership concept in a film where Marc Reisbig once again tampers with the constraints of reality.

What does Walter think?
"I didn’t get what the story was. It felt like too much of a commercial, and at the same time I don't even understand what it is a commercial for. It wasn't my favorite."

Our description
Sometimes, tension can be a more effective filmic tool than the action itself. Case in point: The new Martin de Thurah-directed film for Danish Defence.