This Road Safety Campaign Was Too Brutal for Danish TV

The Danish government shut the Adam Hashemi-directed project down for being too violent, but somehow the story did not end there. 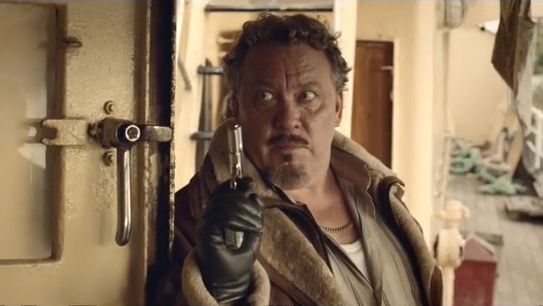 However, there have been exceptions to the rule. Enter: Adam Hashemi's 2010 campaign The Family for the Danish Road Safety Council. Prior to this, the Danish director had done his own short film, a bit of TV and some music videos but had never really worked comercially before. Then he got this gig by accident.

"The producer Jesper Rofelt came to me with the project. He had done the Danish cult satire Drengene fra Angora and now the Danish Road Safety Council wanted him to do a campaign for them. Originally, the writers had made it as a typical TV sketch, but I thought it would be fun to make it seem like a proper feature film. And for some insane reason they went along with it and let me rewrite the script," Hashemi says.

The final films were dark tales of organized crime that abruptly turn into absurd humor, as the main characters begin to argue over road safety in the midst of high pressure situations.

"The council did not know what they had agreed to. They had not seen or heard anything before we made it and probably thought that they were going to get something along the lines of Drengene fra Angora. Needless to say, they were pretty surprised when we showed them the films. Actually, the council thought it was great, but the Ministry of Transportation did not like it and the Ministry of Justice said that it was way too violent," Hashemi says.

In the end, only two of the three films actually aired, and the ones that actually launched were released on Vimeo without any notifications to the general public. However, the shelved commercials still worked wonders for Adam Hashemi.

"The films actually won awards and were Staff Picks internationally. People abroad really liked them, and this was a turning point in regards of me being represented internationally and beginning to do commercial work in North America. Within a year, I actually got to do a Superbowl commercial for Coca Cola. It just proves that a lot of good things can happen to your commercial career when you choose to do things that are not really classic commercials."