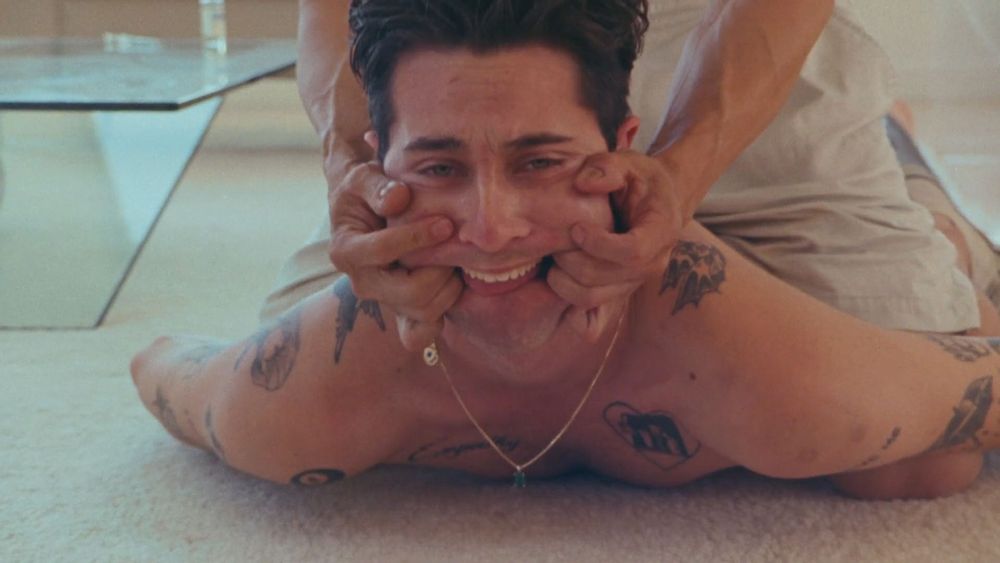 "I don’t know if I had a very clear sense of what this video meant, but it had the feeling of addiction, you know; a destructive relationship. It could be drugs, gambling, fame, anything. Something you know is bad for you, but you can't stop doing it.

I wanted it to be inspired by visual moods, but I also wanted it to be extreme and embarrassing. There is a moment where Jordan Raf is being peed on in the pool, and we were shooting it in his parents' house. Jordan's dad was home and he had to witness this while feeling bad for his son. It was worth it for the end product, but at the end of the shoot we all just went home. No-one was in the mood for a wrap party.

Also, we did not pull one permit for this. I wanted a segment where Frank Yang, the other actor in the video, goes to a hardware store to get more torture tools and we decided to go a Home Depot because we knew they all look alike. As he is shirtless in that scene and we were shooting it on 16 mm, we kept getting thrown out. The final footage is actually from three different Home Depots.

When I look back at it, one of the big learnings for me in the process was trying to express something through movements. It was so particular which movements and positions worked and which did not. You have to set up the camera, see the two bodies and you have got to move until the algorithm kind of clicks, and everything works.

For instance, I wanted Frank to leave the house to go to the hardware store, but it would look mundane. I asked him to walk while flexing and all of a sudden, this shot said something else than just pure transportation. When he started flexing, the cameraman laughed all the way through the scene. I have taken these considerations of physicality and tried to utilize them since then – even in writing it is incredible how much you can express in movements."