How to Turn Stupid Jokes into Internet Gold

An interview with Vedran Rupic, the director of Salvatore Ganacci's music videos "Horse" and "Boycycle". 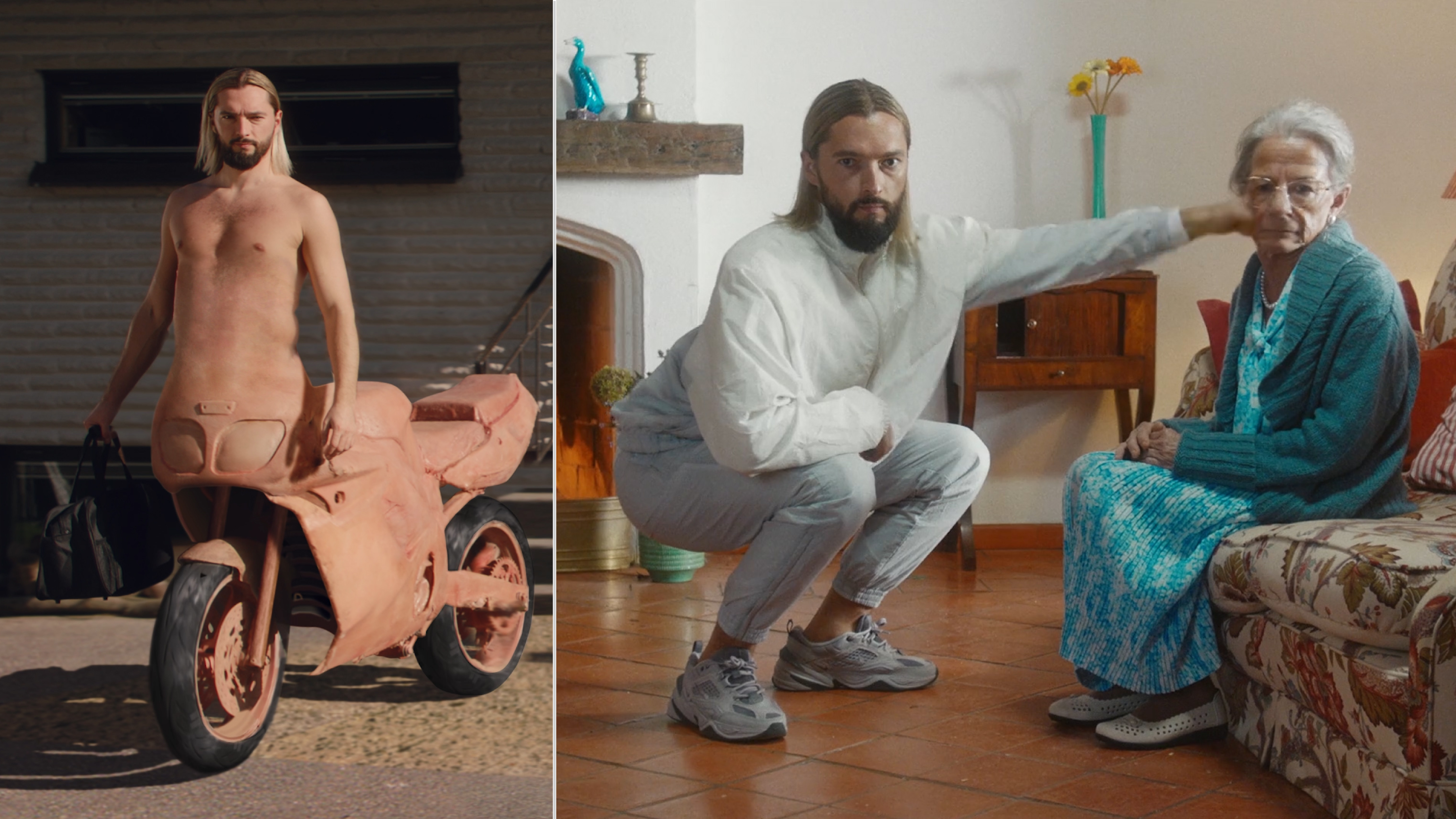 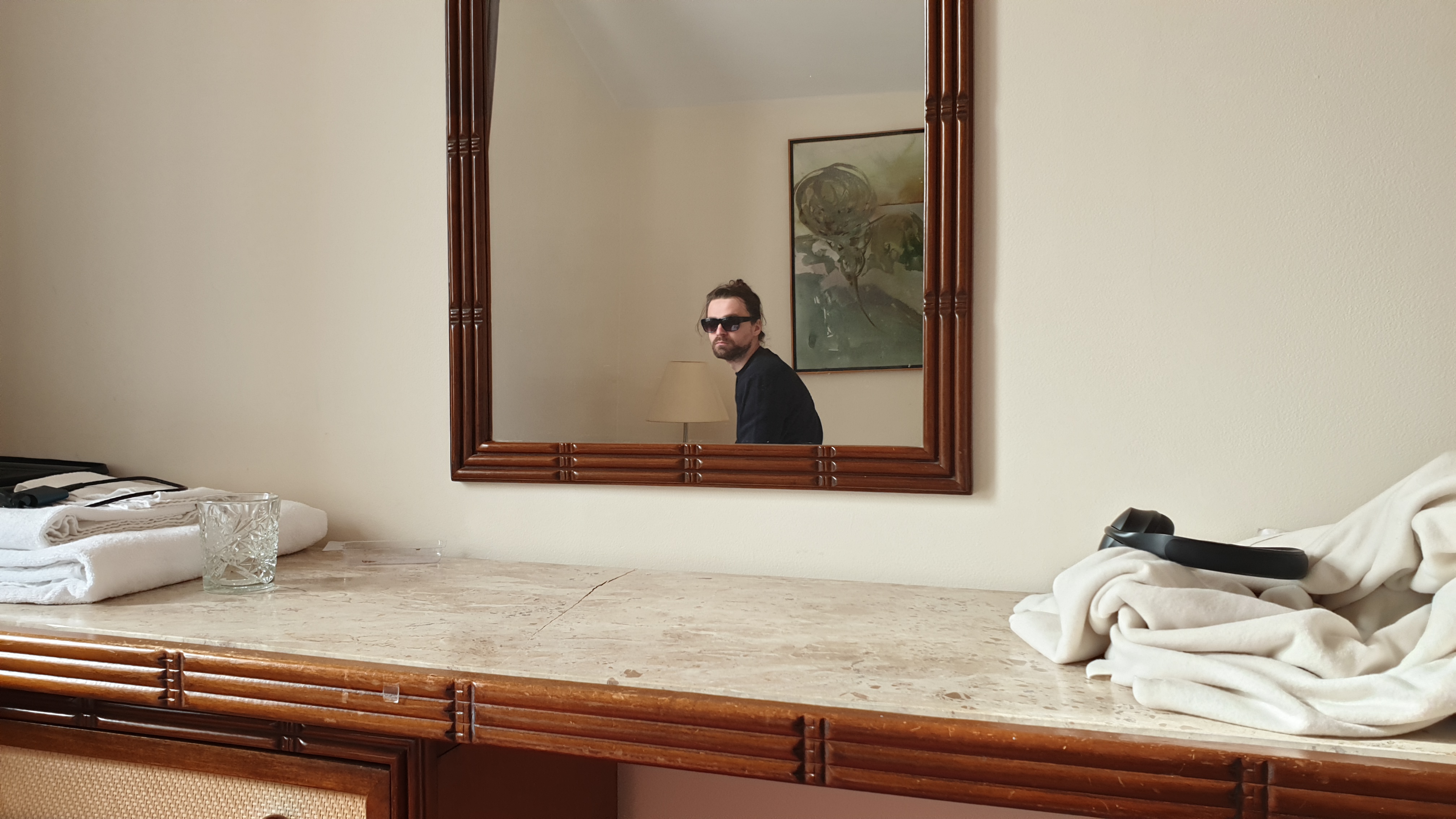 The comment sections for Swedish producer and DJ Salvatore Ganacci's latest two music videos seem to revolve around one essential question: Who comes up with this stuff?

Since he dropped out of film school and started making films with a group of fellow dropouts in the collective Business Club Royale, he has developed his very own style of bizarre visual humour. That style really blew up with the music video "Horse" for above mentioned Salvatore Ganacci, which also earned Vedran a YDA Award, a Swedish Grammi, and a UK Music Video Award.

Now he has released the follow-up with the strange coming-of-age story "Boycycle", but even as that video is also taking off online Vedran has a hard time relaxing.

"Anxiety never stops. After we made 'Horse' I had so much anxiety over what to do next. So it was a relief when "Boycycle" was chosen as a Staff Pick on Vimeo. And then the Vimeo people were like: 'Congratulations, we love it! What are you going to do next?' So here we go again with the anxiety," Vedran Rupic says and laughs while driving around his hometown of Gothenburg, where he and Business Club Royale have their office.

We visited Vedran Rupic for a chat about dancing to get ideas, creating content for Salvatore Ganacci, and how his type of films translates to commercial work.

Hi Vedran, great new Salvatore Ganacci promo! It really makes you wonder how you come up with these things. Do you have a physical place you go to, when you need to generate ideas?
I think there are several places. At home is really good because I can listen to loud music and I can dance. When I dance I get ideas. It sounds so stupid but it is really good.

It makes sense in a strange way.
Yeah, I look like this beautiful Greek God – no, I probably look horrible, I haven't seen myself dancing. But it also works for me to be here, at the office. I think a lot of it ties into doing something physically like walking or just moving about. It does something to you in terms of thinking. I never just sit by my computer and try to get ideas.

What kind of music do you prefer when you are dancing for ideas?
It's very dancey. It could be something like The Blaze. But it could also just be piano stuff. If I really feel for the song it is easier. But we also brainstorm ideas together at the office and that is a different kind of process, because then ideas come from one hundred percent jokes. It becomes a competition of who can come up with the stupidest idea. And from that we get a good idea. Still stupid, but good. If we pitch for a proper client, we start with the ideas they would never accept and then suddenly we come up with something that makes sense.

Do you ever doubt whether your ideas are so stupid that they might not work?
Have you seen my stuff? [Laughs.] The thing is that I enjoy the collective process of making things up, but it can be very exhausting because it can keep going. But the general notion of evaluating whether an idea is good or bad does not help the process. Bad ideas and good ideas come from the same place, so early in the process you should have a pluralistic approach and gather a multitude of stuff.

Do you think about how to make sure your films are fun to watch and don't just feel weird for weirdness' sake?
For sure. I think you have to create a world in order to be a deviant within it. If it does not have any rules, then it is not weird. Everything we do has a proper narrative world. "Boycycle" for instance exists in a pretty classic almost fairytale-ish world. Like a crappy 90's Hollywood film it sort of hits similar beats in the story and has these cliché lines. It has that framework that allows it to be weird, but if it was just randomness it wouldn't work.

Does that way of thinking help you when you are pitching for commercial clients?
Clients generally have an outline for a general script, so there is already a world with a set of rules. So from that perspective it might be a bit easier, but sometimes you obviously want to change it, and then you have to figure that out together.

What commercials would you like to have done?
I like some of the things that have been done for Canal Digital. Matias & Mathias made a good one, 'It's Just an Ad', where the main character turns into Pablo Escobar and ends up in 'Orange is the New Black'. 'Silver Hand' is also a great one. What I love about it is that it is funny, especially the question of why he didn’t just look it up. He could have looked it up at any point. Where does he live where he can't look this up? Just google that shit! I love it when you question the premise on such a fundamental level.

Any other brands you would like to work with?
I think Oatly is a proper funny brand - I like the way they talk.

It's interesting to think about how your type of films translates to commercial work.
Usually, its about waiting for the right script. Besides doing weird things, I like films with an overly confident narrator. Not too dissimilar to some of the stuff Matias & Mathias do, where the narrator drives the story into the ground. I have done a film for Tele2 that is within that genre and I love it when the dialogue and images are selfcontradicting. A narrator that is all-knowing but not too smart. Kristoffer Borgli's influencer film for KLP is also like that. That influencer's look is so horrible.

Generally, it seems like the pure joy of filmmaking is a general theme in your work, and that might be why it is so much fun to see your films - like the new "Boycycle" video. Do you feel that way?
Yes! We had the "Boycycle" idea for five years, but it was too hard to make it, so we kept postponing it. Then Salvatore blew up, and the money came so we could make it. We always thought that Salvatore would be ideal for that.

He seems perfect for a lot of things. Like the weird film where he gets ready for his show. What was that?
That was such a weird thing to do, because that really has no purpose. They were like: "We can use it at the beginning of shows." But I've been at his shows and people are equally confused. Is it an ad, a music video, what is this? Why is he an old man? We just wanted to have fun and create a person with very low testosterone but he transforms into a high testosterone guy.

You succeeded in that. Thanks so much for the chat!
⠀
⠀