Andreas Nilsson shares the original pre-vis and crazy story behind the iconic video. 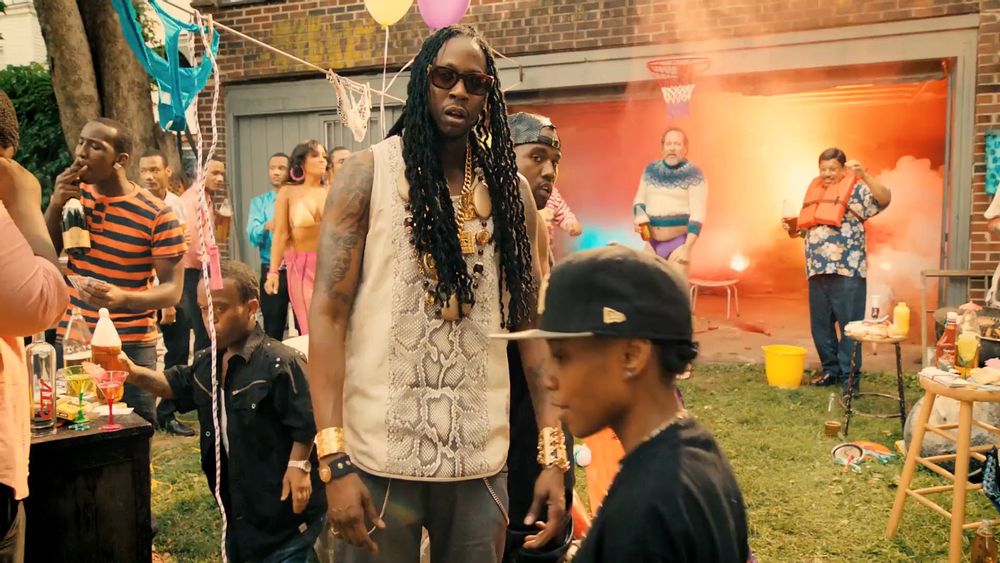 "When I was planning the "Birthday Song" video for 2 Chainz and Kanye I had many and long conversations with Kanye weeks before I even went to New York to shoot it. He is a really fun and creative person to bounce ideas with and we ended up writing a really complex and advanced story that would need two loooong days and required a lot of time from both Kanye and 2 Chainz on set.

After some time working on the story, I had the video storyboarded and ready to go and went to New York to start scouting and casting. Four days before the shoot both Kanye and 2 Chainz said, out of the blue, that they were looking forward to the shoot, but they would only be able to be on set for four hours total. So the whole idea we had worked on was suddenly absolutely impossible and we had just a few days to come up with a new idea. We also lost our locations in the city. But that didn’t really matter since the idea was canned anyway.

So I had to develop a new concept that was doable in half a day. In many ways an idea that was as simple as the song itself. I mean, it’s not really quantum physics we are talking about here. It’s 2 Chainz birthday and all the dude wants is a big booty hoe. So let's film that.

Me and my producer Jonathan Lia got in the car and drove up to Yonkers and found a street that we liked and started knocking on doors to ask if we could shoot a video in their house. The house we ended up shooting in was owned by a senile Polish lady and her son (who are both in the video by the way, along with half of the neighborhood… The son plays the chef in the backyard and the old Polish lady you can find for yourself).

Two days later we had a tech-scout. And on that scout we shot a pre-vis with the crew. I pretty much always shoot pre-vis films like this. Especially since we had four hours to shoot the whole video, it kind of made sense.

We had to rush through the takes and at the end of the day we had one or two takes for each set-up before we had to move on. I think that gave a looseness to the film that actually helped making it feel authentic in a way. There is one take where Kanye almost falls of the bike, and that is because that was the only take we had. But I think it adds to the vibe.

The shoot ended up being a big reclaim the street kind of event. The rumors that a couple of famous rappers was in the area spread quickly in Yonkers and at the end of the shoot there were hundreds of people on the street before the police came and “wrapped” the whole thing.

This is the pre-vis:

It brings back a lot of nice memories watching it. Hope you enjoy it. It’s a bit more PG-13 than the final video."